It’s been a really rough month. Between my hemorrhagic cyst, the stomach virus I contracted a few days after the cyst diagnosis, severe eczema flare, and now another viral infection, I feel like complete garbage. I’m ready to drive on over to the body shop and trade out my clunker for a new shiny one.

Don’t worry though this post isn’t about medical issues, I know one can only hear/read about those so much! This post is about love. I am so blessed to have the mother that I have. No matter what type of hardship I am going through, she always knows what to say. This morning I called her on the way to the doctor and was sobbing. I felt defeated. We talked for a few minutes and she said “I’m going to pray for you right now, okay?” And she did.

My mom prayed the most beautiful and encouraging prayer for me as I tried to stifle my sobs on the other end of the phone. The love expressed through her prayer, even though we were 700 miles away, was overwhelming in the best way possible.

There have only been a few times in my life that I have called my mom sobbing. I don’t like to talk to people when I’m crying, especially not on the phone. I was trying to think of the handful of times that I have done so, and I immediately thought back to my sophomore year of college.

My boyfriend and I had just broken up and I was devastated. I remember sitting in one of my college classes and trying to hold it together as best as I could, but failing miserably. I don’t know if it was the scent of a classmates cologne or watching the couple in front of me flirt, but all of the sudden the dam broke and I cried. Hard.

The sweet lady next to me looked really nervous and said “you’ve looked so sad today, I hate to see you crying now. Did you lose a loved one?”

“Yes I did lose a loved one” I wanted to scream. But instead I reluctantly told her I was crying over a boy. After that class I sat in my car and called my mom, it was all I could think of to do. Just as easily as the tears had come in my class, they came again.

It wasn’t until today that I realized something crucial about that conversation. My mom couldn’t stand the boy I was crying over. She didn’t like how he treated me, his attitude, his partying habits, or the way I acted around him. She never exactly told me these things, but I knew. However that day when I called my mom with a broken heart because of said boy, instead of saying things like “you’re better off without him” or “I never liked him anyway” which is what a lot of mom’s do say, she said:

“I think that sometimes couples need a break from each other to see how much they really do care about one another. If you are meant to be together, even this short break will not keep you two apart. Did you know that Dr. Phil and his wife broke up for a long time, then got back together and are now happily married? Just hang in there and see what happens.”

So today sitting here thinking back on that day, I feel a huge sense of gratitude to my mother. She knew exactly what I needed to hear to bring me out of hysterics. She did not want me to get back with him and she would have been heart broken herself if I had married him, but she knew that saying “he’s not the one for you” would have done no good when I was in such a fragile state. To me, that is love.

Thanks, mom, for always getting me through my worst to help me become my best. 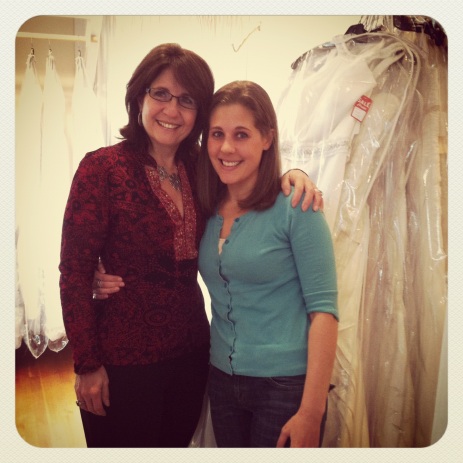