I am an extremely curious person, and living in the age of Google and Wikipedia has only increased my obsession with fact checking and reading as much as possible about things that I’ll probably never need to know about. We’ve all been there before– you look up something on Wikipedia and then see a link to another interesting fact, and another, and another, and before you know it you are reading about Mary Washington’s spoon collection and how she liked to drink warm milk before a bubble bath because it made her feel like a fancy broad. I may have made up that fact in particular, but I’ve been sucked into articles before that are just as random and bizarre. 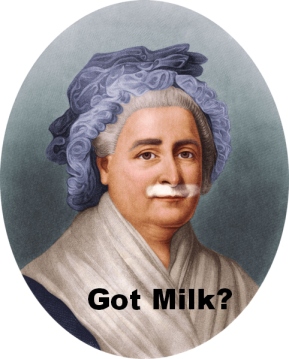 Last night Isaac and I were watching the Olympics and I suddenly had hundreds of questions. I wanted to know everything about everything pertaining to the Olympics, and my poor husband just didn’t have all the answers. So I decided to do some research. In case any of you are curious cats as well, I wanted to share some interesting Olympic tidbits that you may or may not already know about.

1. Who pays for athletes to go to the Olympics? Do they have to pay their own way/lodging?

“Commercial sponsors can make up some of the difference, but they most often sign up the golden stars—the big names who can sell watches, sports drinks, candy or clothing. The lesser, younger, up-and-coming stars, often in somewhat obscure sports that don’t draw big TV ratings, need to fund their own dreams.

Raising money for Olympic dreams is nothing new, of course. In the games’ early days, many athletes simply paid their own way, which is why many of the first U.S. champions came out of America’s moneyed collegiate classes. Until the 1970s, Olympic athletes were also required to be amateurs; they couldn’t sign up sponsors or get paid for their work.

Today individual sports federations do get between 5 percent and 95 percent from the USOC, depending on their likelihood of success and their ability to come up with the money in other ways. Some sports, such as ice hockey, have large national membership bases that can add to their revenue streams. But it’s nowhere near enough for the vast majority of athletes.”

The athletes also use crowdfunding, so their fellow Americans can help them get there!

“After securing her spot on the U.S. speedskating team, Sugar Todd reached out to donors to help her thank her parents. On GoFundMe.com, she successfully reached her goal of raising enough money to fly them to Sochi to watch her in person.” –CNBC Source

2. Do the athletes get paid for going and/or winning?

The quick answer: no. But each country’s Olympic committee can decide to give them money if they want to.

“The United States Olympic Committee pays out medal bonuses: $25,000 goes for gold, $15,000 for silver and $10,000 for bronze (Though, as Yahoo! Sports notes, these prices haven’t changed in 10 years, and are now worth over 5 grand less due to inflation). American athletes may also expect smaller prizes — a fund set up for wrestlers that will award a gold medal winner $250,000 springs to mind.

Then, of course, there’s sponsorship money, which can be huge for the big stars. For example, Ryan Lochte, the latest darling of the US swim team, is widely expected to take home over $2 million this year in sponsorship deal money (at least part of which will linked to medal performance).” -Business Insider Source

The only people who make real money are the few famous ones, other than that, the athletes just consider themselves lucky to have gone and don’t get much money, if any at all.

2. How is the host city for the Olympic games chosen?

“Numerous criteria are considered when choosing a host city. Since 1999, the election procedure has lasted two years. During the first phase, the so-called Applicant Cities must answer a questionnaire prepared by the IOC. A group of experts then examines the answers, after which the IOC Executive Board chooses the official “candidates” from among the Applicant Cities.

During the second phase, the Candidate Cities must submit a file in response to a second questionnaire from the IOC. This covers a wide range of topics, including the Olympic village, transport, security, accommodation, sports and venues, the environment and marketing.An Evaluation Commission then analyses the various candidature files and produces a report for the IOC members, allowing them to judge each city’s ability to host the Games.

Lastly, at the IOC Session, the members vote to elect the host city.” –Olympic.org Source

Also, only one city from each country can apply to host the Olympics. I had no idea!

“No! They were solid gold until 1912, but are now silver covered with a thin layer of gold” –Source

Is it so wrong that I’d prefer my medals be made of chocolate? Silver and Gold are so impractical.

4. Why do we have the Olympic rings as the emblem of the Olympic Games?
“The five interlocking rings (blue, yellow, black, green, and red respectively) of the emblem was originally designed in 1913 by Pierre de Coubertin, to symbolize the five continents of the world taking part in the Olympic Games (the Americas are viewed as a single continent, and Antarctica is omitted).” –Source

5. Who was the youngest person to ever compete in the Olympics?

“The youngest athlete in Olympics history was Greek gymnast Dimitrios Loundras. In 1896, he competed in his hometown of Athens in the first modern games. He was 10 years old, and won the bronze medal. He later served as an officer in the Greek Navy and retired as an admiral. The current lowest age limit permitted for Olympic competitors is 16.” -Source

6. Why are the female snowboarders this year so unimpressive?

Okay, seriously. Did any of you watch the female snowboarding event? It was the most underwhelming thing I’ve ever seen. I’m not saying I could even stand on a snowboard in the middle of summer on flat ground without falling off, but this is THE OLYMPIC GAMES! Isaac and I were amazed watching the supposedly “best of the best” from around the world fall off of pipes, not stick their landings, and slide down the mountain on their butts. They would do the babiest of jumps, and then when they finally did get some real air, they would flap their arms like chickens who were catapulted 100 feet in the air, making the jump seem not quite as impressive. Most of them looked completely out of control, and like they had only done this a handful of times before. Not exactly what I was expecting from you badass ladies, come on!

I mentioned to Isaac that one of my favorite parts about watching the Olympics was how athletes make it look easy. Whether they are doing backflips on a springboard floor, skiing down a mountain at 75 mph, or jumping hurdles like a wild gazelle, they make it look easy. It absolutely blows my mind, because they look so elegant and graceful while performing incredible stunts. The female snowboarders of Sochi? They made it look really, really difficult. Like every run was miserable and they weren’t sure if this would be the one that would kill them because they were so unpolished and shaky. It was honestly a little hard to watch.

Okay, so this wasn’t really an answer to a question at all, I couldn’t find any real answer online. So instead you got my POV. You’re welcome.

7. What is the weirdest sport at the Olympics?

Oh my, I had so much fun researching this one. Read this article, there are too many good videos that go alone with their answers. My personal favorites? Racewalking, Dressage, and Trampoline! If you do nothing else today, please watch the Racewalking video, located at the very bottom of the article. Is this real life?

8. On average, how many athletes go to the Olympics from each country?

“While countries like the United States, Canada and Russia have sent many athletes to the games (230, 220 and 225 respectively), 18 nations have just one athlete representing them in Sochi.

9. I started to type a legitimate question into Google, but the auto-fill answers made me laugh and forget my original question. Clearly, we know which question is most pressing here…

“Garrett Weber-Gale, a swimmer who won two gold medals at the 2008 Summer Games, writes a blog that often focuses on two of his passions outside the pool, food and cooking…

The commercials are accurate, Mr. Weber-Gale wrote, in that there are McDonald’s restaurants and that McDonald’s food is available to Olympic athletes. “In my experience, eating in the dining hall at the Beijing Olympics, I’ve seen firsthand that many athletes do in fact eat McDonald’s,” he added.

“Some even eat it right before their events,” Mr. Weber-Gale wrote. “I even know a couple personally (including ones who won medals).”

He, too, ate food from McDonald’s, he wrote, but only “after my Olympic events were over,” as “a rare treat.” –Source

10. Has anyone ever died while performing in the Olympics? (unrelated to McDonald’s question, I promise)

As of February 2010, six, possibly seven, athletes have died at the modern Olympic Games while either competing or practicing in their sport. In addition, another 12 participants have died at the Olympic games from events which were not connected with sports.

Died While In Competition