Five years ago he was just a fellow intern at the Dolphin Research Center. 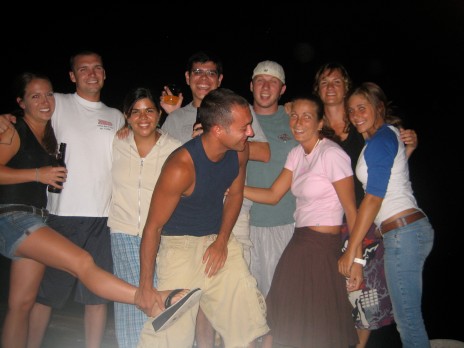 I wasn’t looking for a relationship, in fact I had just gotten out of a relationship and was ready for some freedom, fun, and relaxation in the Florida Keys. 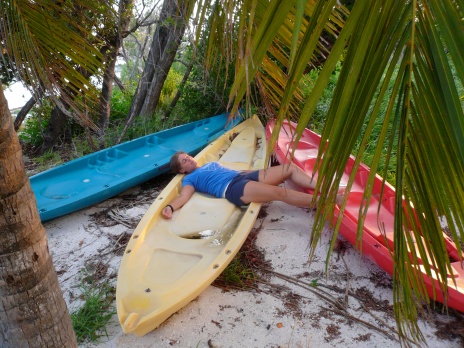 One day at work he came out of the closet (no pun intended) wearing a purple tube top and camo shorts. I remember thinking to myself “I don’t even know this guy but I think he is going to be my best friend.”

For three months straight we were together every single day. We worked during the week and spent our weekends in the pool or exploring Key West. We missed our dogs at home, so the pet shop was always on our list of “to do’s.” In a matter of a few weeks he became a friend that I knew I would always stay in touch with, no matter where we ended up after our internship was over.

But then something happened. He would walk into the intern office and I would get butterflies in my stomach. Suddenly sitting on a bench listening to a dolphin facts presentation for the thousandth time that summer was the highlight of my day, because I was sitting next to him. 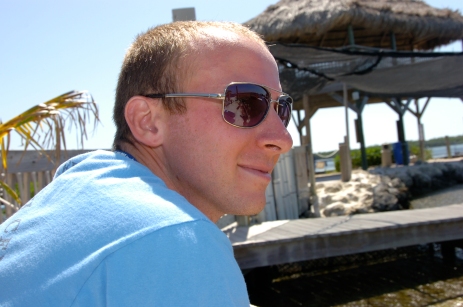 I told myself that in a few weeks we would be leaving the Keys and I would probably never see him again. I would soon forget the little crush I had developed on my coworker who could make me laugh to the point of tears.

If I wanted to get over him, spending all day on a kayak together was not a good plan. It was that day that I admitted something to myself: I was in love with him. We kayaked to a restaurant on the water and got out for a quick bite to eat. I remember snapping the picture of him sitting on the bench because I never wanted to forget this day. My heart broke because I knew that at the end of the summer he would be going back home and probably to medical school and I would go back home to finish my undergrad degree.

Little did I know, Mr. Perry was having similar feelings about me. He didn’t know what was going to come of us either, but he knew he didn’t want the end of the summer to also be the end of “us.”

5 years later, I am honored to be celebrating Isaac’s 28th birthday with him as his fiance! We have been through a lot together but the word that comes to mind when I try to describe our relationship is “easy.” It’s not hard for me to try and make “us” work, it just does. In my opinion, our relationship today, where both of us have 2 jobs and he is working on his MBA, is no more complicated than it was 5 years ago, living on an island surrounded by beach bums and dolphins.

We’ve learned it’s all about compromise. He lets me torture him with stupid hats at Disney World 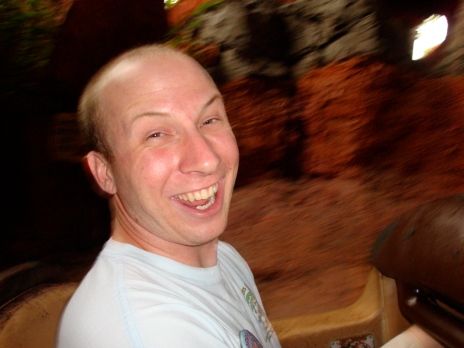 How can somebody be so excited after so many times?

Five years later, I get butterflies when he walks into the room and sitting next to him on a bench is still the highlight of my day.

Happy 28th Birthday, Isaac! I am so grateful for your life. 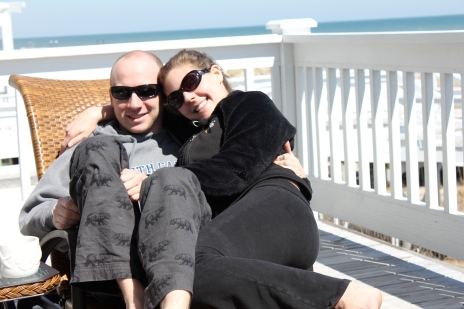